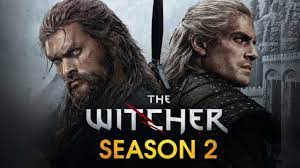 Toss another coin to your local Witcher: Henry Cavill’s brooding, wandering monster hunter Geralt of Rivia is coming back this year with all the Hmm’s and Fuck’s you could hope for. Video game and book series fans should be in for a little treat—we’re betting Season 2 is adapting the first book of the main Witcher series, Blood of Elves. Ciri could be much older; Yennifer should still be on a mission to become the greatest sorcerer; Jaskier, without a doubt, will still be penning his annoyingly catchy bard songs. You can’t escape destiny, Geralt.

The Witcher’ Season 2 Release Date Confirmed for 2021; See New Footage from the New Season. Netflix has released a new behind-the-scenes video to celebrate the end of the shooting for Season 2 of The Witcher, and has announced that the new season will debut in 2021.

The Witcher is a Polish-American fantasy drama streaming television series created by Lauren Schmidt Hissrich, based on the book series of the same name by Polish writer Andrzej Sapkowski.

Set on a fictional, medieval-inspired landmass known as “the Continent”, The Witcher explores the legend of Geralt of Rivia and princess Ciri, who are linked to each other by destiny. It stars Henry Cavill, Freya Allan, and Anya Chalotra.

The first season consisted of eight episodes and was released on Netflix in its entirety on December 20, 2019. It is based on The Last Wish and Sword of Destiny, which are collections of short stories that precede the main Witcher saga. Before the first season had been released, Netflix announced a second eight-episode season to be released in Q4 2021.