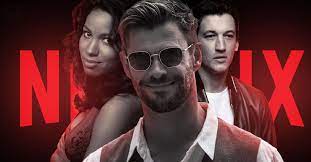 Based on a short story by George Saunders, Escape from Spiderhead is set in a near-future where an organization conducts experiments on the incarcerated by manipulating their emotions with drugs. Chris Hemsworth, Miles Teller, and Jurnee Smollett star.

About escape from spiderhead

Escape from Spiderhead is an upcoming American science fiction film directed by Joseph Kosinski and written by Rhett Reese and Paul Wernick, based on the short story of the same name by George Saunders. Originally titled Spiderhead, the film stars Chris Hemsworth, Miles Teller and Jurnee Smollett, and is expected to be released in 2021 by Netflix.